On This Date in Latin America – October 27, 1912: Sugarloaf Mountain Gets a Tram

If you go to Google’s main  page today, you won’t see anything out of the usual. However, if you head of to Brazil’s Google page, you’re greeted with this (animated) image: 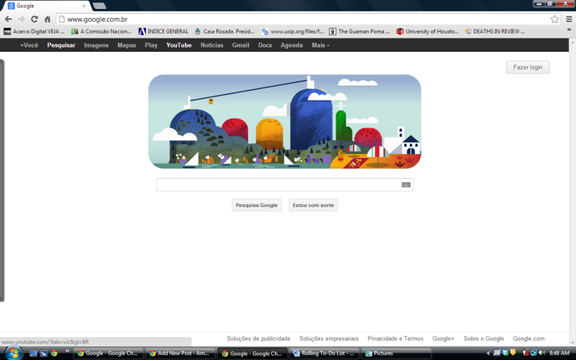 It’s an animated image of a tram going up Rio de Janeiro’s Pão de Açucar, one of the most popular and famous tourism sites in the city. One hundred years ago today, the tram was completed. 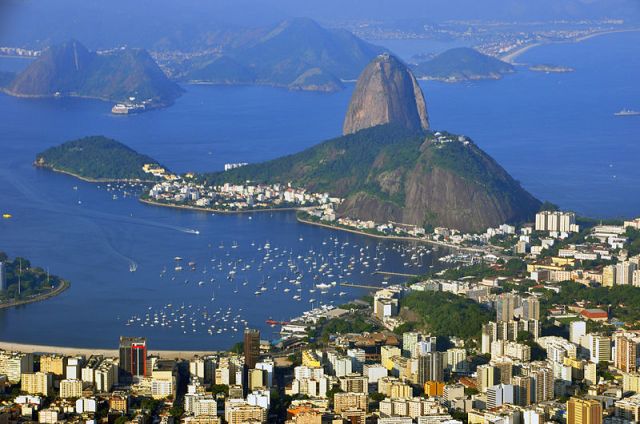 Pão de Açucar, or Sugarloaf Mountain, towering over Morro da Urca and Guanabara Bay. The mountain is a centerpiece of Rio de Janeiro’s unique landscape and one of the city’s main tourism sites.

The landscape along Guanabara Bay, where Rio de Janeiro is located, was already considered by many one of the prettier locations in a continent full of them. As early as the 1550s, the French were settling on islands in the bay in an attempt to cut into the Portuguese trade of pau brasil, or brazilwood, a tree whose trunk made a red dye. In the early years of Portuguese colonization of Brazil, the wood, and not sugar, was the main export from Brazil to Portugal. When the Portuguese finally expelled the French in the 1560s, they ended up permanently settling the city of Rio de Janeiro, though it would remain relatively small through the following century or so, as Brazil’s colonial center was located in the Northeast, where profitable sugar plantations were. However, with the discovery of gold and diamond mines in the interior of what is today Minas Gerais, trade (including the slave trade) increasingly flowed through Rio de Janeiro, leading to growth in the city. By 1763, the colonial capital had relocated from Salvador to Rio, which would remain the city’s capital until the inauguration of Brasília nearly 200 years later. In 1808, the Portuguese royal family, fleeing Napoleon’s invasion of the Iberian Peninsula, fled to Brazil and lived in Rio from 1808 to 1820, marking the only time a European colonial power relocated to a colony, giving the city a new prestige and ultimately helping it to become one of the major urban settlements in South America.

By the 19th century, Pão de Açucar, or Sugarloaf Mountain (named for the shape of sugar during the production process), towering 1300 feet above the Atlantic ocean along the coast, had attracted mountain climbers and tourists impressed by its sheer height and form, which made it one of the visible highlights in a natural cityscape that UNESCO recently declared a world heritage site. The growing popularity of the city, along with efforts to promote itself as “civilized” in the international market, led to engineers in 1908 deciding to build a tram that would allow tourists to easily reach the top of the mountain.

The construction required not just engineers, but engineers who could also double as mountaineers. Over 400 men worked on the project, scaling Pão de Açucar with equipment to build the tram. Some of the wooden planks they used to climb the mountain can still be seen along its slope today. By 1912, the project was completed, with two sets of cables totaling more than 4750 feet in length, one from the ground to the Morro da Urca, and a second from Morro da Urca to the top of Sugarloaf. For the first sixty years, the cars were made of wood, being updated to newer models that allow tourists to have a 360-degree panorama of the city and the Atlantic Ocean. With the construction of the cable car, Sugarloaf joined Cristo Redentor and the beaches of Copacabana and Ipanema (which one can see from Sugarloaf) as some of Rio’s most famous and popular tourism sites. The tram (and mountain) featured prominently in the 1979 James Bond film Moonraker (for the record, one of the worst Bond movies ever), and in 1977, American tightrope walker Steve McPeak traversed the cables. In the past 100 years, the tram has transported more than 37 million people (including me) to the top of the mountain, averaging about 2500 a day, allowing millions to enjoy a view of Rio’s natural landscape and cityscape. 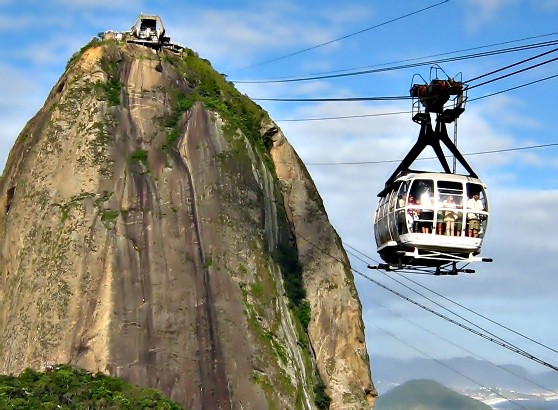 The tram to Sugarloaf today. 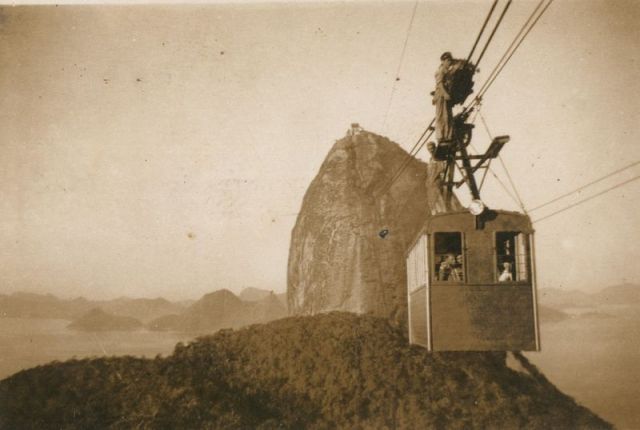 The original tram cars were wooden and were in use from 1912 until the early-1970s.

The view from Sugarloaf, looking out towards Copacabana (center-left), the Cristo Redentor statue (center-right), and Guanabara Bay and Rio’s downtown (right).

I have a Ph.D. in history, specializing in Latin American History and Comparative Indigenous History. My dissertation focused on Brazil. Beyond Latin America generally, I'm particularly interested in class identities, military politics, human rights, labor, education, music, and nation. I can be found on Twitter at @ColinMSnider.
View all posts by Colin M. Snider →
This entry was posted in Brazil, On This Date in Latin America, Rio de Janeiro, Urban Landscapes. Bookmark the permalink.
%d bloggers like this: