One hundred and fifty years ago today, Mexican armed forces defeated an invading French army near the city of Puebla. Contrary to what many in the general public think, the battle had nothing to do with Mexican Independence. However, while the victory did not prevent the French from occupying Mexico from 1862 to 1867, it did reinforce a growing nationalism in nineteenth-century Mexico and became a key national holiday in Mexico (though not nearly as major a celebration as Mexico’s actual Independence Day, celebrated on September 16).

A portrayal of the Battle of Puebla, where on 5 May 1862, Mexican forces who were outnumbered defeated invading French troops, forestalling (though not preventing) the French occupation of the country.

The context of the battle dated back to the 1850s. After the loss of half of its territory in the Treaty of Guadalupe Hidalgo and the sale of more land in the Gadsden Purchase of 1853, Mexican liberals finally removed centralizing conservatives from power in 1855, ushering in La Reforma (“The Reform”). With a new constitution in 1857, Mexican liberals, led by Benito Juárez, a Zapotec from Oaxaca, implemented liberal reforms that seized Church lands, provided universal male suffrage, guaranteed freedoms of the press, speech, petition, assembly, and education, and advocated a decentralized federalist system, among other things. 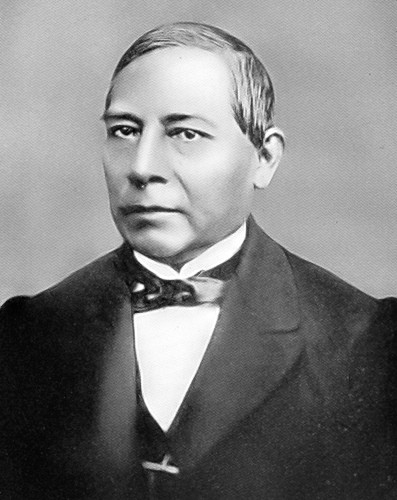 However, Mexican conservatives did not go quietly into the night, and by 1858, Mexico was embroiled in a civil war with two parallel governments, one liberal and one conservative. While the liberals were ultimately triumphant in defeating conservative forces and implementing even greater reforms, including separation of church and state, by 1860, the Mexican economy was in shambles, with a monthly deficit of $400,000 per month in 1861. Adding to the troubles, Mexico still had unpaid loans to Great Britain, Spain, and France, but did not have the funds in the treasury to repay those loans; thus, in July of 1861, Juárez announced Mexico was suspending its payments for two years. The European creditors did not take this news well, and Great Britain, Spain, and France decided to seize the port of Veracruz and collect customs receipts in order to pay off the loans.

While Great Britain and Spain were content with this approach, French ruler Napoleon III had grander designs. He dreamed of a global empire like the one his uncle, Napoleon Bonaparte, had tried to create, dreams that his wife encouraged. Napoleon III had his eyes on the Americas, and on Mexico specifically, where he hoped to construct a canal that would connect the Atlantic and Pacific oceans across the isthmus of Tehuantepec. With the United States embroiled in civil war beginning in April of 1861, Napoleon III saw his opportunity to begin his empire-building with relatively little opposition from the United States. However, not wanting to leave France, Napoleon III convinced Austrian Archduke Maximilian Habsburg to serve as the ruler of a Mexican empire in his stead, insisting that the Mexicans would welcome him with open arms. When Great Britain and Spain learned of Napoleon III’s intentions, they both withdrew from Mexico, leaving French forces to march on Mexico City.

A photo of Maximilian I (and his typically-amazing nineteenth-century facial hair). Maximilian attempted to govern Mexico between his arrival in 1864 and his execution in 1867.

In preparing for the invasion, the French displayed the type of arrogance that would make their defeat even more humiliating and, looking backwards, more than a little deserved. One pompous aristocratic commander wrote on April 25 that “we are so superior to the Mexicans in race, organization, morality, and devoted sentiments that I beg your excellency to inform the Emperor [Napoleon III] that as the head of 6,000 soldiers, I am already master of Mexico.” Unfortunately for him, 4,500 Mexican troops begged to differ regarding mastery of their country, and they had dug in near the city of Puebla to defend their homeland. Having lost so much territory after the US invasion in 1846, Mexicans were not willing to repeat the experience with the French.

Thus it was that, on May 5, 1862, General Charles de Lorencez moved on Puebla, where Mexican forces had prepared defenses. Erroneously expecting popular support that never would materialize, Lorencez launched his assault, throwing over 6,000 troops at the outgunned and undermanned Mexican forces. However, Mexican resistance was fierce, and after a series of tactical mistakes, Lorencez withdrew from the battlefield, leaving behind 462 dead French soldiers. The Mexicans, meanwhile, had only lost 83 in the fighting. Mexicans were understandably proud, as they had defended their homeland and defeated a European army equipped with better weapons. The victory on May 5 was seen as a triumphant victory by and for the Mexican nation. Although the French forces would ultimately occupy Mexico City, the victory became a keystone in national identity, and a date that Mexicans would continue to celebrate in an attempt to reinforce their own identity as a Mexican nation for generations to come.

Meanwhile, for the French, the defeat was a disaster. Much of the world, including the French, had expected a quick triumph. The defeat left the French humiliated and delayed their takeover of Mexico as Napoleon III had to send more troops; Maximilian I would not arrive to govern until 1864. Additionally, once he arrived, he quickly began implementing liberal reforms that many of his conservative Mexican supporters had detested, even while he and French occupation forces continued to use repressive measures against  liberal forces who fought against French occupation. When French Colonel Jean-Charles Dupin was recalled to France to explain why he hanged prisoners by their necks until they were dead, he replied that his approach had been quite civilized when compared to his colleagues, who often hanged Mexican prisoners upside-down and facing the sun, leaving them to die of thirst. This level of  brutality from French forces only aided Juárez’s government-in-exile, lending the liberals who resisted the Conservatives and Maximilian I greater support and legitimacy.

By February 1867, Juárez’s forces had pushed back, and French troops left Mexico. However, for whatever reason, Maximilian I remained in Mexico in spite of liberal forces greatly outnumbering conservative forces and in spite of the fact that Napoleon’s support had wavered. In May of 1867, Maximilian I was captured, judged in a court-martial, and sentenced to death. Cultural and political elites throughout Europe, including Victor Hugo and Giuseppe Garibaldi, pleaded for clemency for the Habsburg. However, while Juárez himself had no personal animosity towards Maximilian I, he felt that to commute Maximilian I’s sentence after the deaths of thousands of Mexican during the Intervention would be unjust. Additionally, Juárez felt that the world would only respect Mexican sovereignty and autonomy were the execution to proceed. Thus, on June 19, 1867, alongside two generals, Maximilian I was executed by firing squad.

A drawing done shortly after the execution of Maximilian I.

While the French Intervention caused significant turmoil and disruption at all levels of Mexican society, economy, and politics, the ultimate removal of the French was seen as a vindication of the liberal Constitution of 1857. Mexican conservatives who had supported the Intervention were so discredited that the Juárez government was able to begin to lay the foundations for a stable state and economy.

Meanwhile, Cinco de Mayo became one of Mexico’s more significant national holidays, designed to bring the country to celebrate their defeat of allegedly-superior French troops, and to this day, tens of millions in both Mexico and the United States mark the holiday, even if many only use it as an excuse to drink without fully understanding what the date signifies.

A poster commemorating the thirty-ninth anniversary of the Battle of Puebla. The Mexican army’s ability to defeat the French both reflected and contributed to a growing nationalism in Mexico in the latter half of the nineteenth century.

I have a Ph.D. in history, specializing in Latin American History and Comparative Indigenous History. My dissertation focused on Brazil. Beyond Latin America generally, I'm particularly interested in class identities, military politics, human rights, labor, education, music, and nation. I can be found on Twitter at @ColinMSnider.
View all posts by Colin M. Snider →
This entry was posted in Latin American Militaries, Mexico, On This Date in Latin America. Bookmark the permalink.
Loading Comments...
%d bloggers like this: