As mentioned yesterday, in a relatively unprecedented move, a Brazilian journal recently released the names of 223 military members who committed torture during Brazil’s 21-year military dictatorship, providing a level of detail regarding torturers and members of the repressive apparatus that society and historians have rarely been able to glimpse.  This revelation marks another step in Brazil’s efforts to finally confront and reconcile the events and legacies of its military regime, twenty-six years after the regime finally ended in 1985. The most important step in this process, however, has unquestionably been the Brazilian government’s efforts to finally create an official truth commission to deal with the dictatorship of 1964-1985. Although presidential efforts to create a truth commission began under Lula, it was only finally signed into effect this year under president Dilma Rousseff, who fought against the military regime as a member of left-wing opposition groups in the late 1960s and early 1970s and who suffered torture at the hands of the military regime. 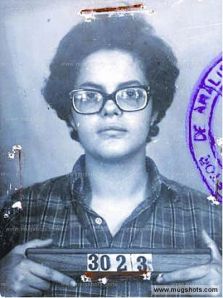 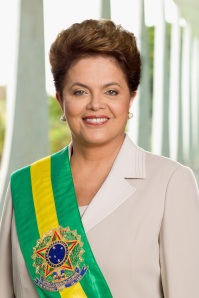 While the new truth commission is the first official governmental investigation into the crimes of the military regime, it is not the first general analysis of the use of torture and repression between 1964 and 1985. In the early-1980s, the Catholic Church, led by São Paulo Cardinal Dom Evaristo Arns, and Protestant religious leaders, led by Jaime Wright, worked to expose the abuses and victims of the military regime. Exploiting a legal loophole that allowed lawyers the right to “check out” secret police files for up to 24 hours (theoretically in order to work on cases of habeas corpus), Wright and Arns were able to get a team of lawyers and workers who checked out tens of thousands of pages of secret police files (a process Lawrence Weschler chronicles in A Miracle, A Universe: Settling Accounts with Torturers, his excellent work on torture and human rights in Brazil and Uruguay). These workers then photocopied the files as quickly as possible before returning them, and over time, they were able to compile a comprehensive list that chronicled the mechanisms of torture, sites where it was practiced, its victims, and other detailed information. Ultimately, the Catholic Church condensed the information and in 1985 published its findings in the work Brasil: Nunca Mais (“Brazil: Never Again,” available in English as Torture In Brazil).

Because of Brasil: Nunca Mais, scholars are familiar with the details and mechanisms of torture. However, the Brazilian government never did officially confront the legacies of the military regime, meaning it had never officially condemned or spoken out against such acts, even as important opponents to military rule such as Fernando Henrique Cardoso, Luis Inacio Lula da Silva, and Dilma Rousseff were elected presidents. Human rights activists continued to call for an official truth commission not only because it would be an official governmental acknowledgement that past governments had committed gross human rights violations on a mass scale, but because, as the institution in charge of the armed forces, the government might be able to shed more light on the practitioners of and official orders for torture. Perhaps most importantly, an official truth commission would potentially open up the path to punishment of those who were still alive who had ordered, committed, or been otherwise connected to torture and human rights abuses (similar to what is taking place in Argentina) in ways that Wright and Arns never could with the Brasil: Nunca Mais project.

This year, Brazil finally authorized its truth commission, only twenty-six years after the military regime ended (meaning  the quest for a commission took five more years to get a truth commission than the entire duration of the military regime). While an official governmental investigation is beyond overdue and is an important step, Brazil’s truth commission does not have the full punitive powers that some truth commissions have had in the past. Last year, the Brazilian Supreme Court upheld João Figueiredo’s 1979 amnesty that pardoned both political prisoners and members of the military who committed, ordered, or were otherwise tied to torture and “disappearances.” At this point, many of the perpetrators are dead, particularly among the higher echelons of the military where generals ordered and oversaw the implementation of  torture and the murders and “disappearances” of opponents to the regime. And those who are still alive are fiercely fighting the commission. At the same time, leftist opponents to the regime and human rights activists are critical of the commission for its failure to fully uncover the crimes committed and prosecute those guilty of torture and other human rights abuses.

That said, truth commissions have power beyond punishment. The findings of the new truth commission may finally bring closure to some families who lost loved ones (around 700 Brazilians died at the hands of the state during the dictatorship) or who suffered torture during the military dictatorship, and the commission has the potential to aid human rights activists, historians and other scholars who work on this period.

Perhaps most importantly, however, are the impacts the commission may have on Brazilian society writ large. As Simon Romero recently noted, the commission’s mere existence is forcing Brazilians from all ideological backgrounds to confront and grapple with a complex past, something they have rarely had to do or been willing to do before. While in Brazil, I did not find it uncommon to hear pseudo-defenses of the dictatorship that basically said, “well, there were some bad apples, and things did get out of hand, but it was necessary.” Indeed, conservative defenders of the regime generally pointed to the turmoil and uncertainty facing Brazil in 1964 and the fact that the total number of those the state murdered in Brazil were nowhere near as severe in numbers as in Argentina or Chile in order to brush aside the question of human rights, and Brazil’s new era of apparent diplomatic and economic power and political stability has only seemed to render even more distant the atrocities of the regime in the 1960s, 1970s, and 1980s for many Brazilians today. As Romero’s article comments, very few Brazilians discuss or acknowledge just how horrible and systematic the military’s use of repression and torture was; even Rousseff, who herself was tortured, has been remarkably silent on the issue, a silence that is made more frustrating by the fact that, as president of the country, she could play a very important leadership role in helping Brazilians to confront the past and perhaps even end the use of torture against Brazilians, particularly those from the favelas, today.

Overall, are the shortcomings of Brazil’s truth commission apparent? Yes. Are they frustrating? Certainly. However, to turn to a cliche, something is better than nothing. Given how systemic Brazil’s refusal to confront the legacies and horrors of its dictatorial past has been, the fact that a commission finally exists and is forcing Brazilians to come face to face with these issues not only in its past, but in its present as well, is an important step, as is getting people to talk about the issue and how practices in the past are institutionally perpetuated even today. Together, these changes are already visible in Brazilian society and politics, and these changes make the Brazilian truth commission an important (if long overdue) development in dealing with human rights in Brazil.